Ignatius Inspires is a season of creative work and interpretative performances, inspired by the life story and legacy of Ignatius Sancho (1729 – 1780).
Acclaimed composer Juwon Ogungbe curated, devised, lead and presented the season of work at Bernie Grant Arts Centre in the autumn of 2017. Ogungbe worked with a team of accomplished and established artists, to create and perform new pieces of music, dance and spoken word poetry. Some of this work was created with young people from schools in the London Borough of Haringey. The participating school groups were recruited by Haringey Music Service.

In concert with Waiyin Lee (piano), Juwon Ogungbe performed song recital programmes featuring songs by Ignatius Sancho, John Gay (in arrangements by Benjamin Britten) and some of his own compositions.

A specially designed website for Ignatius Inspires and other related projects was created by Marva Lord of Griots Arts.

Two showcase performances of the work generated in the season were presented at Bernie Grant Arts Centre on the 16th and 17th of November 2017.

Who was Ignatius Sancho? 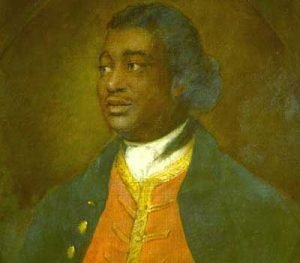 Ignatius Sancho (1729-1780) was an extraordinary, multifaceted man of African descent who is listed as one of the 100 Great Black Britons.

His writings were presented as evidence of the shared humanity of Black people of African descent, in an era when many people in Europe and America thought otherwise.

Sancho was also an activist in the abolitionist movement against the Transatlantic Slave Trade and slavery in general.

Many activists for human rights and equal opportunities have been inspired by Sancho’s life story.

The inaugural Ignatius Inspires was supported with public funds from the Arts Council of England.